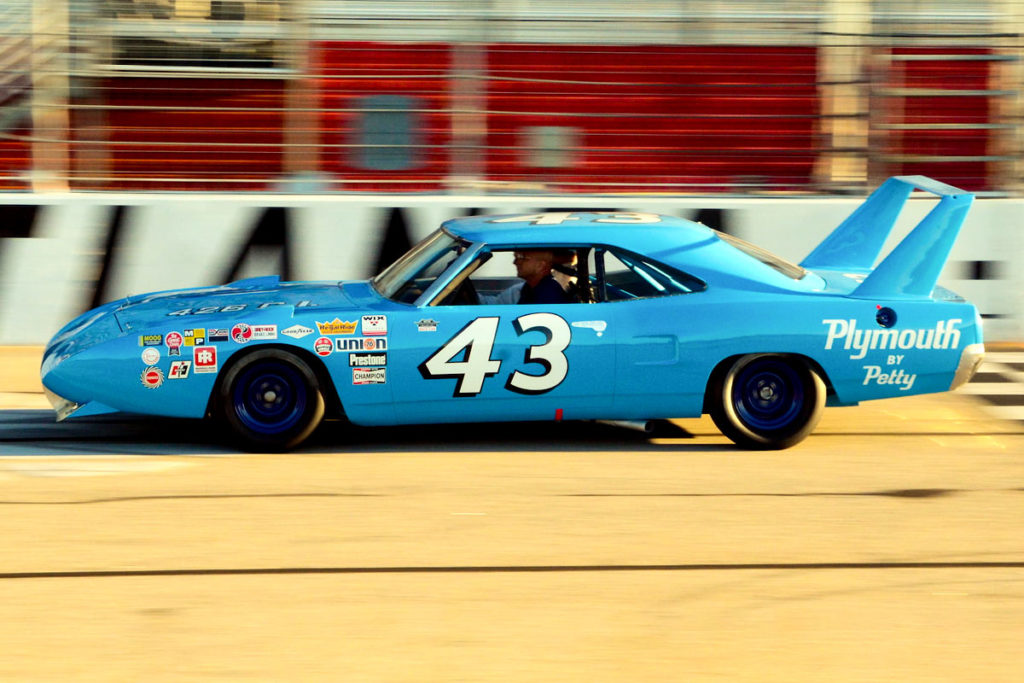 The first on our “Top 10 Classic American Muscle Cars Ever Made” list is the 1988 Chevrolet Monte Carlo. As one of the most distinctive cars of the 1980s, it built a loyal following. The 1988 Chevrolet Monte Carlo could hit 60 in about 8 seconds, a respectable number for the 80s but far from the fastest on this list. Still, the Monte Carlo was a fun car to drive and was offered at an attractive price. It was also among the more stylish cars of the decade. Chevy did bring the Monte Carlo back in the 90s and 00s but the new models never capture the magic of the older versions.

The 1974 Challenger had to be on our “Classic American Muscle Cars” List. While remaining mainly unchanged from the previous model, Dodge replaced the 340 cu in (5.6 L) engines with a 360 cu in (5.9 L) version. This was the last of the first generation Challenger with Chrysler ending manufacturing for the vehicle in April 1974. Today, many consider these cars masterpieces.

Mercury may have had identity issues during its early years, but it found a place when it released the ’69 Cyclone. Offered with the option of a Cobra Jet engine only in ’69, this model and option are the king of the Cyclones. Once again in typical American muscle style, a big block engine was thrust into a midsize car – and boy did it fit just right. The shadow of older brother Ford wasn’t so big anymore. The kit on the CJ included the 428 Cobra Jet engine breathing through dual exhausts, a close-ratio four-speed manual transmission along with the Competition Handling Package.

The next on our classic American muscle cars list is the 1970 Chevy Chevelle SS. Chevrolet has long been known for putting out some of the most powerful muscle cars available, and the Chevelle SS is a perfect example of the company’s prowess. The Chevelle SS could hit 60 miles an hour in nearly six seconds, making it blazingly fast. Equipped with a powerful 454 engine, which cranked out a remarkable 500 pound-feet of torque and 360 horses, the Chevelle SS certainly earned its distinctive twin racing stripes. The 1970 Chevelle SS remains one of the most iconic vehicles from the golden age of American muscle cars. They should definitely bring this muscle car back.

Quick Fact: With the 1970 Chevelle, customers had 15 colors to pick from and five vinyl-top color selections.

The car in the picture is a 1974 Camaro Z/28 which went under severe changes. Adhering to federal bumper guidelines, Chevy significantly altered the design with stylish aluminum bumpers and lowered the power compared to previous models Chevy offered. Despite the setbacks, the second generation of the Camaro saw some of the brand’s highest points. Some models provided engines with 360hp and vehicles capable of reaching 60 mph in 5.8 seconds. It is always interesting to us to see how these Camaros evolved.

Quick Fact: The 1977 Camaro outsold the Ford Mustang for the first time.

Several options and trim upgrades were available on the 2019 Challenger lineup. With the R/T model, you could get a wide-body version. The R/T Scat Pack models also came with a new power-bulge aluminum hood, which is also on the Hellcat. Lastly, you could request Chrysler delete the seats for only $1 in return for net weight savings of 55 Lbs.

Quick Fact: The 2019 Dodge Challenger R/T comes with a 5.7 V8. If you are looking for more speed, the SRT Hellcat Redeye edition comes with a supercharged 6.2L V8 with 797 hp.

There might not be a more distinctive classic muscle car than the Plymouth Road Runner Superbird. Road Runners were already well respected performance machines when Plymouth decided to up the ante with the Superbird. The comically massive spoiler helps the Superbird keep its wheels on the pavement, while the sharp front end makes it more aerodynamic than many classic muscle cars with their flat front end. Despite weighing nearly 4,000 pounds, the Superbird could hit 60 miles per hour in just 5.6 seconds. You can thank the massive 426 Hemi engine for that speed.

Quick Fact: The Superbird came in seven different colors, all with a black vinyl roof minus racers.

The 1987 Buick GNX is one of the most sought after muscle cars of all time. These days, a Buick GNX can cost $100,000 or more. So why all the hype? The 1987 Buick GNX was blazingly fast for a 3,500 pound car, capable of hitting 60 miles per hour in just 5.4 seconds. Many automobiles from the 1980s were quite sluggish, owing to the preceding oil crisis and government regulations. Yet the Buick GNX could keep up with many of the muscle cars that came both before and after it.

Quick Fact: In 1987, many considered the Buick GNX the most powerful muscle car. Buick made 20,740 Grand Nationals that year.

One of the most iconic muscle cars of the late 1970s was the Pontiac Firebird Trans Am. The massive Firebird decal often found on the hood of the Trans Am made it hard to miss. The 1978 Firebird Trans Am also offered excellent acceleration, capable of hitting 60 in just over 6 seconds. And the often-equipped T-tops meant you could enjoy an open air experience as well. Unfortunately, Pontiac is no more so we may never see a new Firebird again.

Quick Fact: Filmmakers featured the Pontiac Firebird Trans Am significantly in the classic “Smokey and the Bandit” movie, catapulting both the Firebird and Burt Reynolds to Hollywood fame.

If you like those, check out more American Muscle Cars