This American experimental jet fighter from 1948 would probably be better classed as a guided cruise missile. Dropped from the bomb bay of a Convair B-36 bomber, the McDonnell XF-85 Goblin’s first generation jet engine was supposed to start in mid-air. And it did so in testing… at least most of the time. 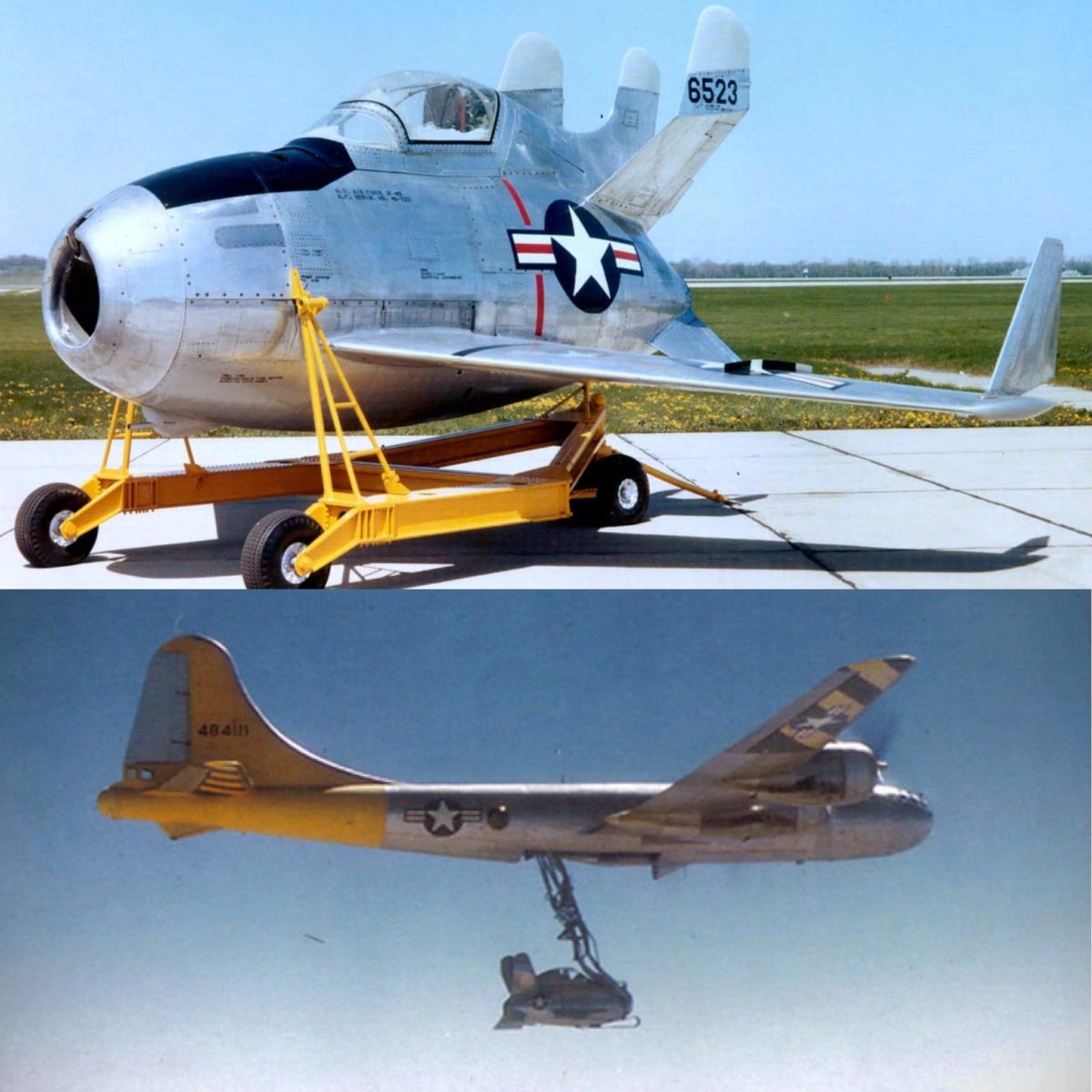 The purpose behind this so-called “parasite fighter” was to drastically expand the range of fighter aircraft of the era.