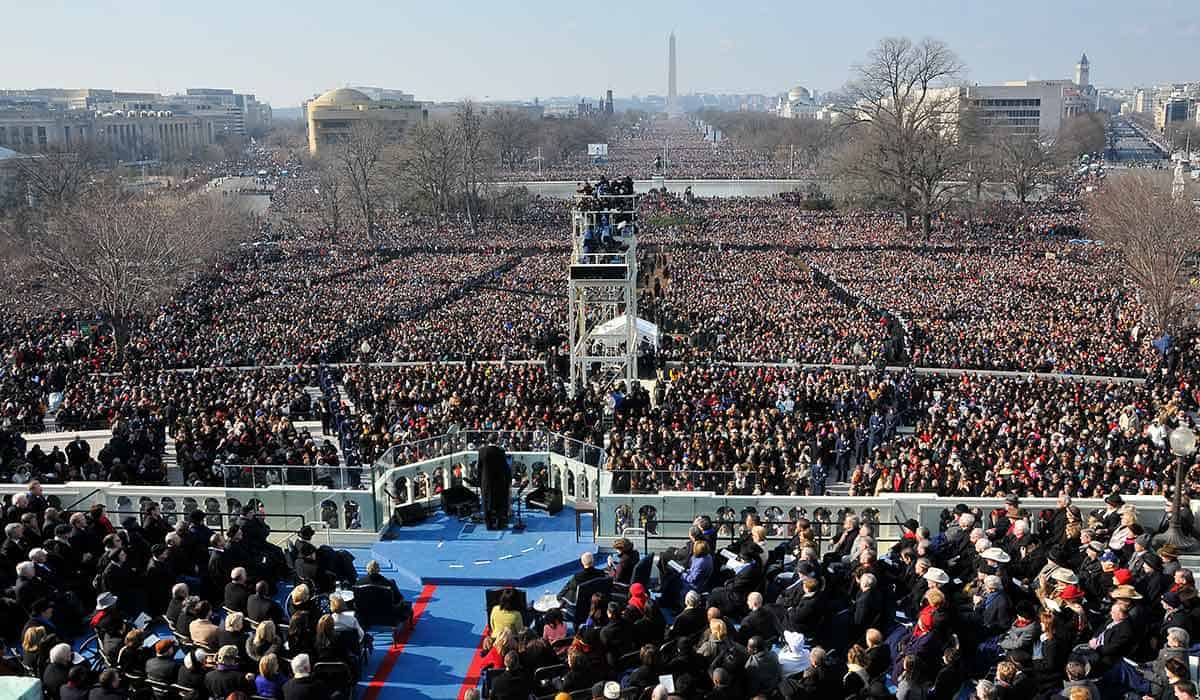 The Inauguration of Barack Obama in Washington, D.C. took place on 20 January 2009. The 1.8 million attendance set a record for the highest attendance of any event held in Washington D.C. Aside from the number of people that attended, it was also one of the most viewed and televised events of all time.