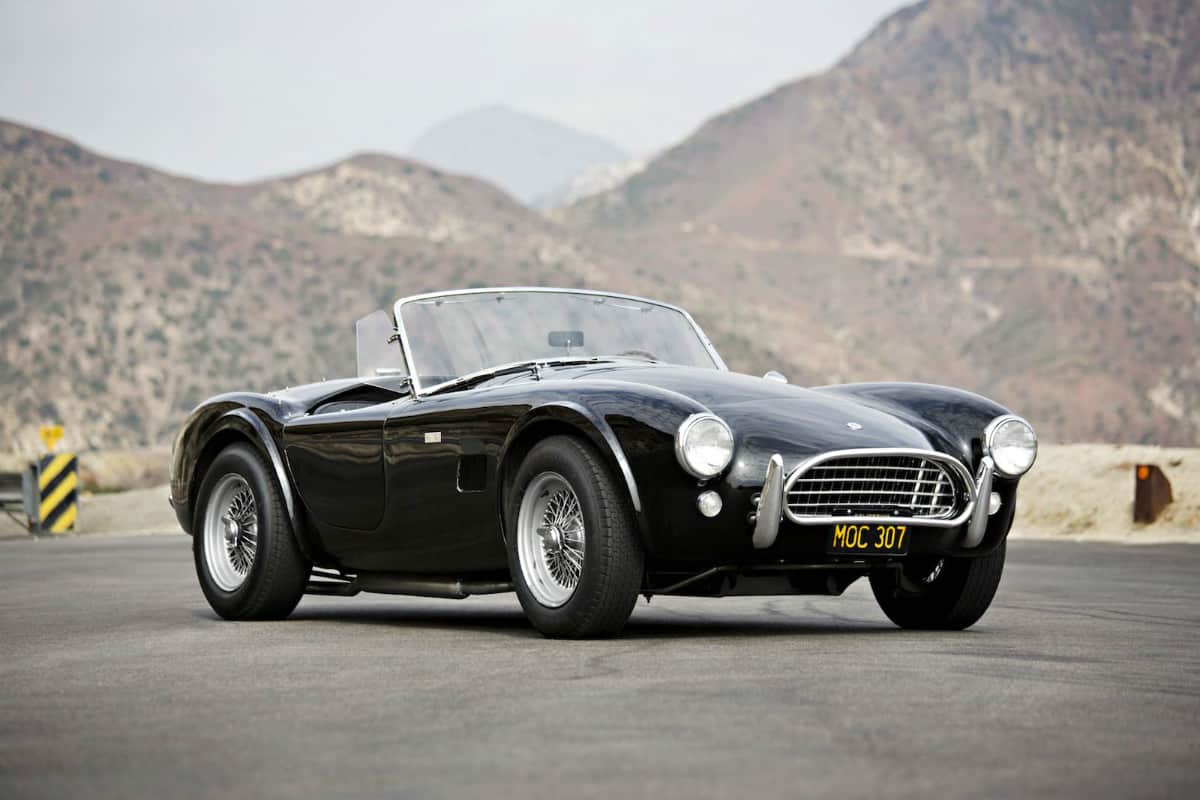 The AC Cobra, sold as the Shelby Cobra in the United States, is an Anglo-American sports car powered by a Ford V8 engine, produced intermittently in both the United Kingdom and United States since 1962. In September of 1961, American automotive designer Carroll Shelby wrote to AC asking if they would build him a car modified to accept a Ford V8 engine. AC agreed, provided a suitable engine could be found. Ford wanted a car of their own that could compete with the Corvette. They just so happened to have a brand new engine which could be used for this project. The Windsor 221 cu in  (3.6 L) engine which was a new lightweight, thin-wall cast small-block V8, two of which were provided to Shelby.