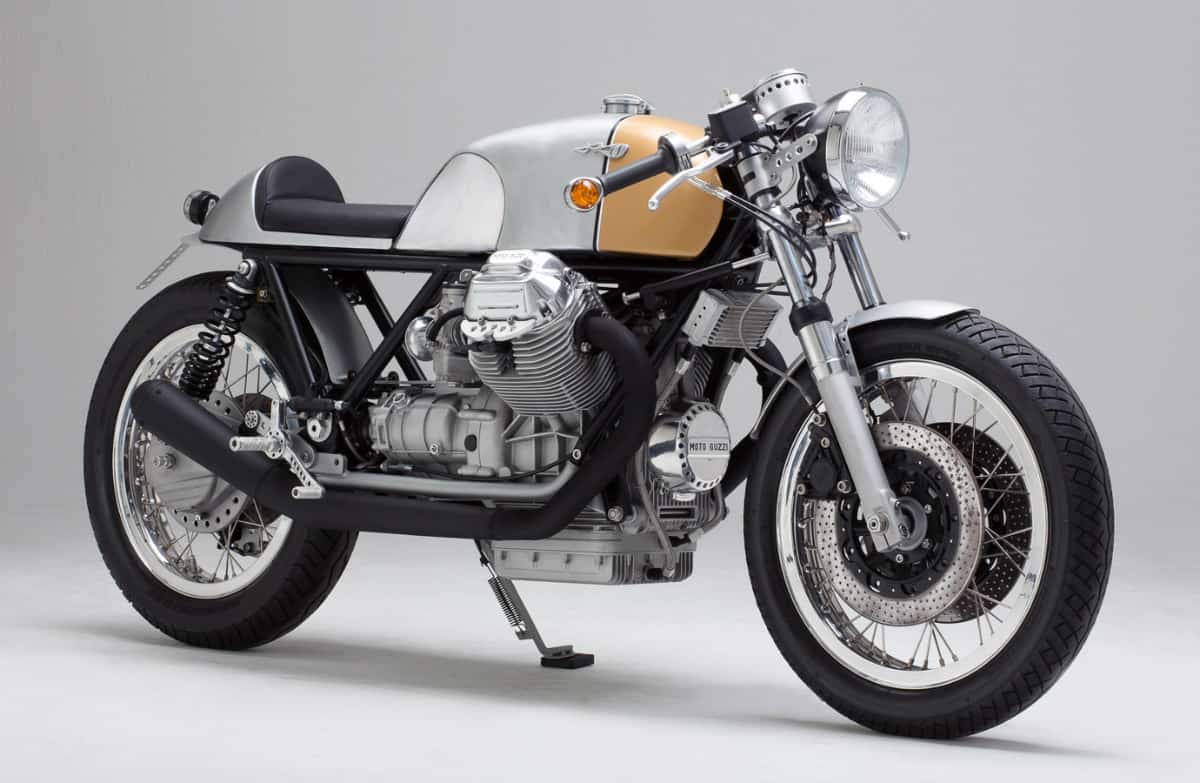 The Le Mans is a sports motorcycle first manufactured by Italian company Moto Guzzi in 1976. It was named after the 24-hour endurance race at Le Mans in France. The original 850 Le Mans was a café racer with clip-on handlebars and a nose fairing, though later models were developed with a three-quarter fairing and were called sports tourers. It was first shown at the Milan motorcycle show in November 1975. Dubbed the Mark I, it had two production runs with slight modifications. The Series 1, had a round taillight and continued production until September of 1976, but fewer than 2,000 were ever made. The Series 2 totalled around 4,000 bikes and had modifications such as a De Tomaso-designed taillight, modified rear mudguard, black fork sliders and a dual seat.