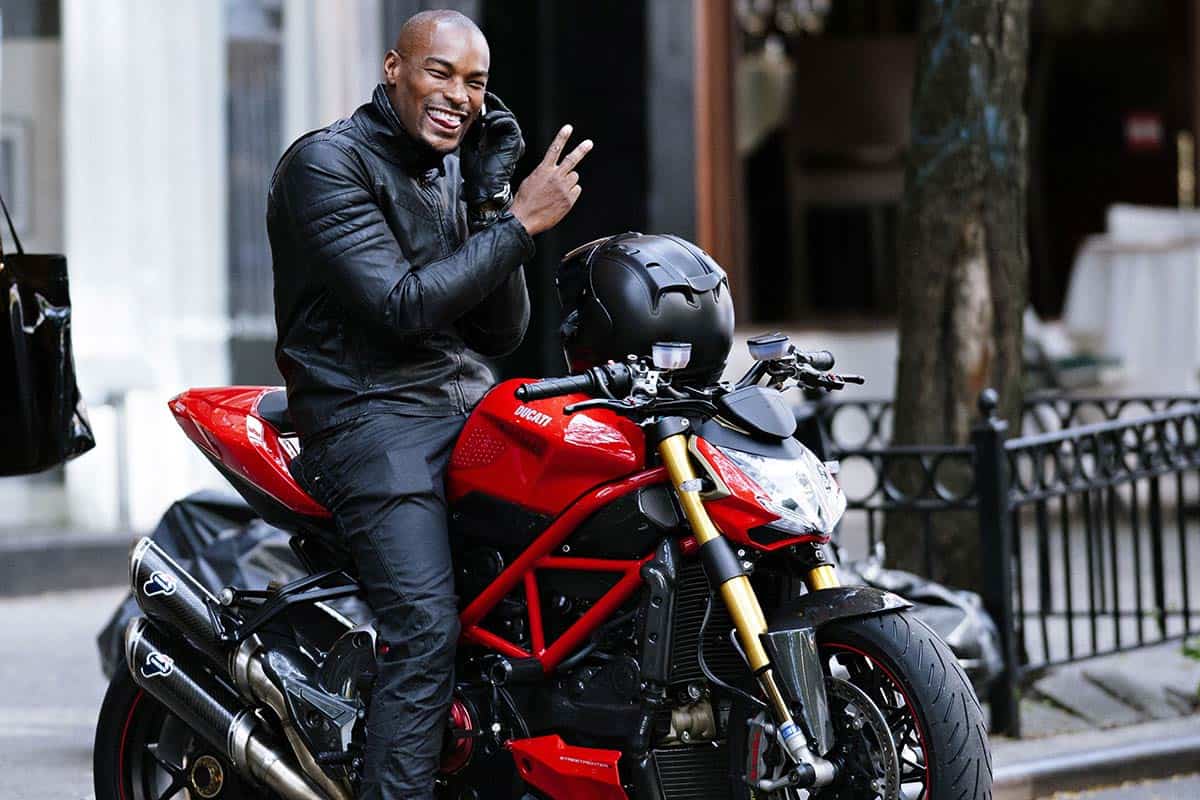 When he is not busy being a Ralph Lauren polo model or hosting seasons of the popular Bravo show “Make Me a Supermodel”, Tyson Beckford can be seen tooling around town on a few of his motorcycles. Yep, the store has several, but the favorite has to be the L Diablo two Softail made by none other than West Coast Choppers. The bike features a West Coast choppers el diablo frame, drag handlebars with straight bar risers, and iron cross intake cover, conventional Front suspension in Softail shocks for the rear. Our image features another one of his famous bikes, I candy apple red Ducati. He likes to take breaks into around the West Village aboard the red wonder in his spare time.