Buzzsaw Hanging From A Helicopter Is The Baddest Limb Cutter Ever 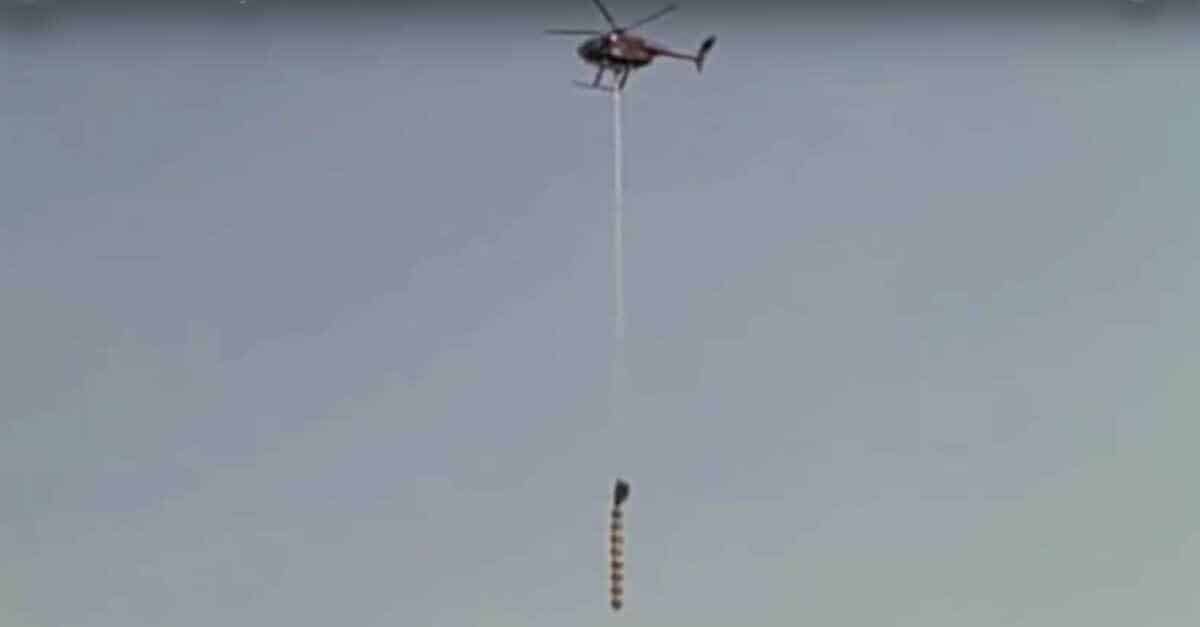 High power voltage lines are a big hassle to maintain. Long stretches of paper thin logging roads criss cross this country. It’s super expensive to send a team of loggers and professional tree climbers out there to keep the vegetation trimmed back. Thankfully, these guys invented possibly the best way to get the job done – outside of using Agent Orange.

That’s right. The fine folks at Johnson City Power Board decided to hire a buzzsaw wielding helicopter. Why? Because this specially equipped helicopter is able to fly to extremely remote locations and saw off the branches of trees threatening high voltage power lines. While American helicopter manufacturers such as Bell have focused almost exclusively on military projects such as the V-22 Osprey, Enstrom decided it was going to specialize in small rotorcraft. The Enstrom 480 is specifically the model used here. For good reason, too! It’s powered by a Rolls-Royce Model 250-C20W turboshaft. It packs a whopping 285 hp – efficient enough for range but powerful enough to handle.

With a speculative range of 435 miles on a tank of gas, it’s able to stay airborne for up to an hour. This is especially important in places like Johnson City – which sits nested in the heart of the Appalachian Mountains. In a lot of places, especially those bordering the Cherokee national forest, the roads become increasingly impassable. Steep grades, cliffs, and thick forests all make moving truck crews very impractical. END_OF_DOCUMENT_TOKEN_TO_BE_REPLACED

The buzzsaw contraption is actually a super long series hooked to a massive chainsaw. The chainsaw chain moves the seven individual buzzsaw blades together so the Enstrom 480 can

The buzzsaw contraption is actually a super long series hooked to a massive chainsaw. The chainsaw chain moves the seven individual buzzsaw blades together so the Enstrom 480 can effortlessly slice through thick foliage.

Sadly, the only folks that can afford the cost of that Enstrom helicopter with a flying chainsaw is a power company. For regular trimming around property, though, there’s plenty of other alternatives. Here’s the breakdown:

Winding up Husqvarna’s professional grade chainsaw is certainly up for the job. It idles at 2800 rpm – which normally leans towards extremely powerful but fuel inefficient. However, somehow this European chainsaw manufacturer managed to keep it extremely fuel efficient –
494 g/kWh. It packs 22 fluid ounces of fuel – which can keep it going for quite some time. Who would guess that the Husqvarna 562 XP, its 4.7 hp engine with 59.8 cc of displacement can pump out a powerful 9600 rpm? All we know is it’s a great heavy duty chainsaw that gets it done.

STIHL doesn’t just make the wedges perfect for knocking down a redwood, it produces some of the most well known chainsaws in the industry. And a great example of a professional grade chainsaw that STIHL manufactures is the MS 880 Magnum. It’s arguably twice as powerful as Husqvarna’s 562 XP’s engine. And with 122 cc of displacement, it’s 8.6 hp engine feeds off a steady tank of 44 ounces of fuel. And just because it’s a huge saw, STIHL knows that a lumberjack doesn’t want to spend all day pulling on a tough starter. That’s why STIHL implemented an IntelliCarb Compensating Carburetor. An engine more eager to start on a cold day is a must. And with the ElastoStart starter handle, it’s no longer a struggle to get the chainsaw moving.

Hiring professional tree climbers can become quite expensive. For those looking to get a couple more feet of leverage can find some amount of solace in a pole saw. However, with power comes weight. And keeping a 22 lb chainsaw at the end of a 10 ft pole can become quite tiresome. Let’s take a look at some pole saws.

This is more of a pruning pole saw. But don’t let that detract – it’s still quite powerful. The STIHL HT 131 comes with a moderately powerful 1.9 hp engine with 36.3 cc of displacement. And thankfully, the tank and engine are down by the operator – certainly better than tying an 880 R Magnum onto a shaft. Best yet? The entire STIHL HT 131 system weighs only 17 lbs. Much easier on the arms!

Husqvarna didn’t mess around with their professional grade pole saw – the 327PT5S. A powerfully engineered 1.2 hp powertrain. And sipping away at a meager 600 g/kWh, it’s completely possible to get an entire tree’s limbs severed before needing to refuel. One of the best features of this model is the telescopic tube which is surprisingly robust. And with a standalone starter, it’s a flick of the wrist more than a long, strong tug to get it started. 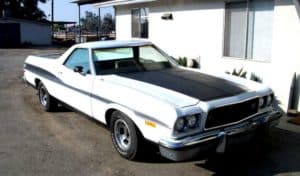 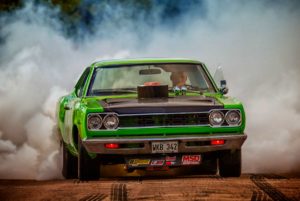 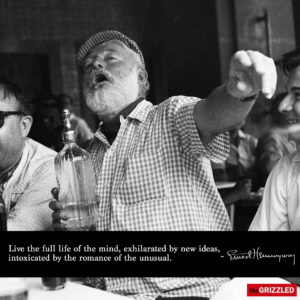