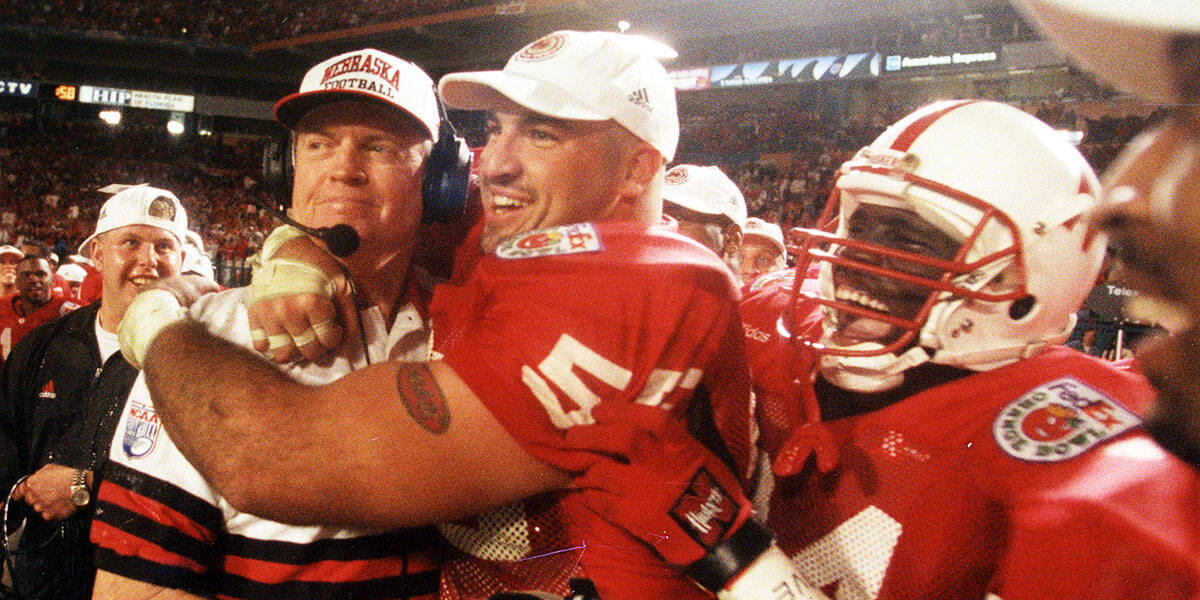 Tom Osborne coached this team to greatness. Here is the team by the numbers. In all, the Nebraska Cornhuskers scored a whopping 638 points, just over 53 points per game. Even more impressive? The team was able to keep their opposition to 14.5 points per game for a total of 174 throughout the season. Their average victory margin was just under 37 points per game. Washington State was their toughest competition that season with a 14 point spread separating the two. Many people regard this particular Cornhuskers team to be the greatest team of all time. On the heels of their 1995 big eight conference championship, an expansion caused the league to form the Big 12 conference. Yet, the Cornhuskers proved their might and prowess again by defending their title against Florida in the Fiesta Bowl. The final score of that game? 62–24. Keep in mind, the Cornhuskers were still gushing over their success from the previous year when Tommy Frazier and Brooke Behringer led the team to its first National Championship in more than 20 years. 1995 saw an overhaul and improvement in nearly every part of the team. The rushing offense and powerful defense allowed the Cornhuskers to snag a second title, the second win of a three-year streak.