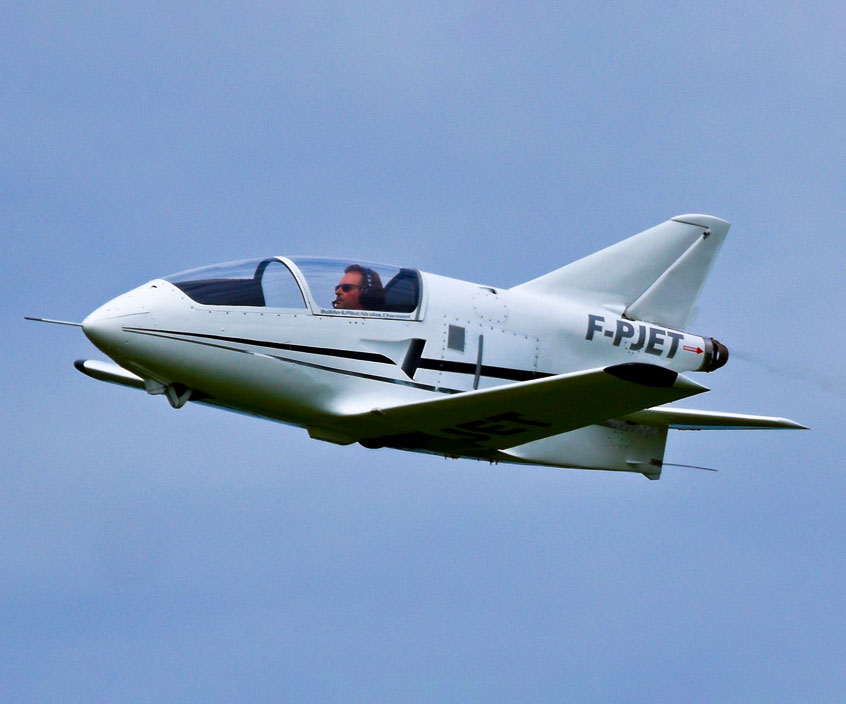 Here is the first on our “10 surprising facts about the aircraft industry” list. We know airplanes carry passengers, cargo, and military equipment, and we know that some birds can carry impressive amounts of weight for absurdly long distances. But did you ever stop to think about how much fuel aircraft can carry, or how much that fuel weights? Of course you didn’t—you only think about yourself. Jerk.

In reality airplanes carry impressive amounts of fuel—up to 60,000 gallons for larger commercial aircraft. How much does that weight? Well it depends on the type of fuel and its composition, the temperature at the time the plane refueled, and . . . you get the idea. The short answer is that a fully loaded commercial airliner may be carrying as much as 200 tons of fuel, depending on the flight time needed. Makes you wonder why they charge so much for an extra suitcase, doesn’t it?

#9 – Airplanes Can Dump Fuel in the Case of Emergency Landing

In keeping with our environmentally conscious world, airplanes do a lot to conserve fuel and make the best use of it that they can—under normal circumstances, that is. Here is some However, there’s a yin to every yang, and in this case sometimes a commercial pilot may have to make a decision to dump fuel while in flight. Why? Why would you do this? What sense does that make!?

Before you have an existential crisis, let’s look at the reasoning behind this dramatic decision. Fuel dumping is employed chiefly to reduce the overall weight of the aircraft prior to a landing. You see, aircraft are designed to operate within very specific parameters of weight, and the general design assumption is that planes will weigh much less when they land than the do when they take off. So, if the unexpected happens and an emergency landing becomes necessary, the pilot may open the fuel dump nozzles on the wings of the aircraft and let it go. The end result looks like a contrail on steroids—a heavy fog shaped like a long narrow cloud. But don’t worry about the folks down below, because the fuel thus dumped tends to evaporate fairly quickly and never reaches the ground. This is definitely one of the more surprising facts about the aircraft industry. Good thing for these safety measures. Believe us, you don’t want to ride a forgotten & isolated aircraft

#8 – Most Pilots Are Paid Only For Time Spent in Air

Here is the third on our “Surprising Facts About The Aircraft Industry” list. Let’s take a moment, dear reader, and appreciate the dedication and training of an airline crew. The resumes of everyone involved are impressive: most pilots and ground crew have military backgrounds, and many of them have served our country on an overseas combat deployment. They’re all highly trained, with numerous professional certifications and advanced academic degrees in aviation science or management. And it doesn’t stop there: the cabin crew—stewards, or “stewardesses” if you’re really old fashioned—also undergo rigorous training. They have to know how to handle any situation that may come up in the cabin, from providing top notch customer service to handling medical emergencies including heart attacks, defibrillation, or a tracheotomy . So when you’re up in the air, relax—the aircraft is designed with care to keep you safe and comfortable, and the crew on all levels are some of the most qualified professionals in any industry.

Which makes us sad to report that the crew is also woefully underpaid, when you think it through. See, most flight crews are only paid for (wait for it) flight time, ie time actually spent in the air. Driving to and from the airport, spending the night in the destination city, waiting on the runway for takeoff—none of those hours get factored in to their compensation. We hope the people who create awesome aircraft paint jobs get a decent salary.

#7 – Largest Passenger Plane is the Airbus A380

Now onto the next of our facts about the aircraft industry. While American-made Boeing airliner jets are some of the most famous and iconic aircraft in the skies, it seems that the largest commercial aircraft currently flying is another foreign made design. The Airbus AN380, to be specific. Note: A new largest aircraft is currently in the works.

A double decker cabin gives every passenger more than enough space to fly in style, while the four Rolls-Royce Trent 900 engines provide enough power and range to get any cargo to its destination quickly and effectively. The AN380 has been powering through the skies with up to 544 passengers on board since 2005, and it looks like this bird is going to be part of civil aviation for the long, long haul. However, Airbus’s AN380 has a downside: it’s a lot more expensive to operate per passenger-hour than most other commercial aircraft. An hourly cost of over $25,000 makes it a much pricier and less-efficient choice than the most comparable designs—certainly less so than the various Boeing jets. So while America many not lead in size, we’re in it for the quality.

#6 – Autopilot Takes Over During The Flight

Here is the fourth on our “Surprising Facts About The Aircraft Industry.” We all use the term “autopilot” for all sorts of things: chiefly zoning out during a Representative or mindless task like folding laundry or raking leaves. However, that popular use of the term can be a little misleading—while autopilot systems on an aircraft may be automated, they’re a long way from mindless or repetitive.

What a lot of airline passengers don’t know is that autopilot is probably in use during the majority of most flights. The reasons are pretty simple in essence: due to advances in computers and our understanding of flight conditions. The computers behind the autopilot can in general may more precise adjustments for flight conditions than a human operator can, and this in turn leads to a smoother flight and greater fuel efficiency. Modern engineering is a wonderful thing, even when we don’t notice it in operation.

#5 – The World’s Fastest Airplane is the Lockheed SR-71

Born of the unconventional genius Clarence “Kelly” Johnson in the renown Lockheed Skunk Works engineering lab, the SR-71 Blackbird is the fastest aircraft to have ever flown, a record it has held since 1976. The SR-71 was originally designed for the United States Air Force as an ultra-fast long-distance reconnaissance aircraft, a role that it filled beautifully on innumerable combat flights over Southeast Asia during the Vietnam War. After a brief retirement, the SR-71 returned to service in the 1990s and flew over the Middle East, North Africa, and the Balkans in the name of freedom and democracy.

Here is some incredible aircraft facts. While turbulence isn’t likely to cause your flight to crash or to precipitate another fatal disaster, it can and does cause numerous problems for passenger aviation.

While air travel is about as safe as it gets, there are things that can cause injuries to passengers—dear old turbulence being chief among them. According to the Federal Aviation Administration, every year as many as 58 people in the US are injured due to in-flight turbulence, making it the lead cause of nonlethal injuries in aviation. The good news is that the cabin of the plane is designed to keep you safe. Over head compartments made such that they won’t open when the plane is bouncing around. Interior edges are rounded off to lessen the likelihood of an injury if you do start bouncing around. And above all, the seats and seatbelts are engineered to keep you securely in place no matter what wicked turbulence hits the aircraft.

When you look under the proverbial hood, the results are even more impressive. Here are some little-known facts about engines. The 747 has enormous ones: precisely four Pratt and Whitney JT9D-7 turbofan monsters, guaranteed to carry you and up to 600 of your closest friends to any destination you’d care to name. Now imagine doing so at just shy of the sound barrier—the 747 has a top speed clocked at an impressive Mach .92.

The size, the range, the engines—these are all impressively huge numbers, enough to make any aviation geek swoon. But sometimes its the smaller and more tangible numbers that really drive home how amazing the 747 is. And we’ve got one for you—you know the windshields and window frames of the cockpit? Each one on a 747 costs as much as a brand new BWM. Try to remember that next time you have to have a windshield replaced—it make take some of the sting out of writing that check.

#2 – The Smallest Jet in the World is the BD5-Micro

Meet the BD-5 Micro, the smallest and one of the strangest aircraft ever made. Initially the product of garage engineering, the first BD-5 was built by Jim Bede (get it?) as a DIY project back in 1967. From there things expanded rapidly, and Bede offered his new creation first as a kit build-it-yourself item and then as a production jet from his company Bede Aircraft. Currently known as BedeCorp, this All-American enterprise still produces experimental jets here in the US.

But back to the BD-5 Micro. While it may look like a toy, the tiny package offers big performance. With a maximum crew of one-which, come to think about it, is likely also the minimum crew—the BD-5 is powered by a single and likely lonely PBS TJ-100 turbufan engine. This may seem small, or even puny, but don’t let that fool you. The BD-5 is capable of some pretty great things with a maximum speed of well over 300 miles per hour and a max range of nearly a thousand miles. Jim Bede, you may be the greatest DIYer of all time.

The reality is that when an emergency does happen, things can go bad very quickly. While planes are designed with safety in mind, serious problems can rapidly spiral out of control. FAA regulations require that all commercial passenger aircraft be capable of a full evacuation in 90 seconds. That seems fast, but in an emergency you’re up against the clock. An airplane fire can engulf the entire cabin and everyone within in less than two minutes. Air crews spend a lot of time worrying about fire: preventative measures are part of every aspect of preparing for flight, and emergency procedures are practiced till the crew can actually do them blindfolded. It’s serious stuff, so next time you’re waiting for takeoff and the steward starts to go over how seatbelts work, please pay attention.