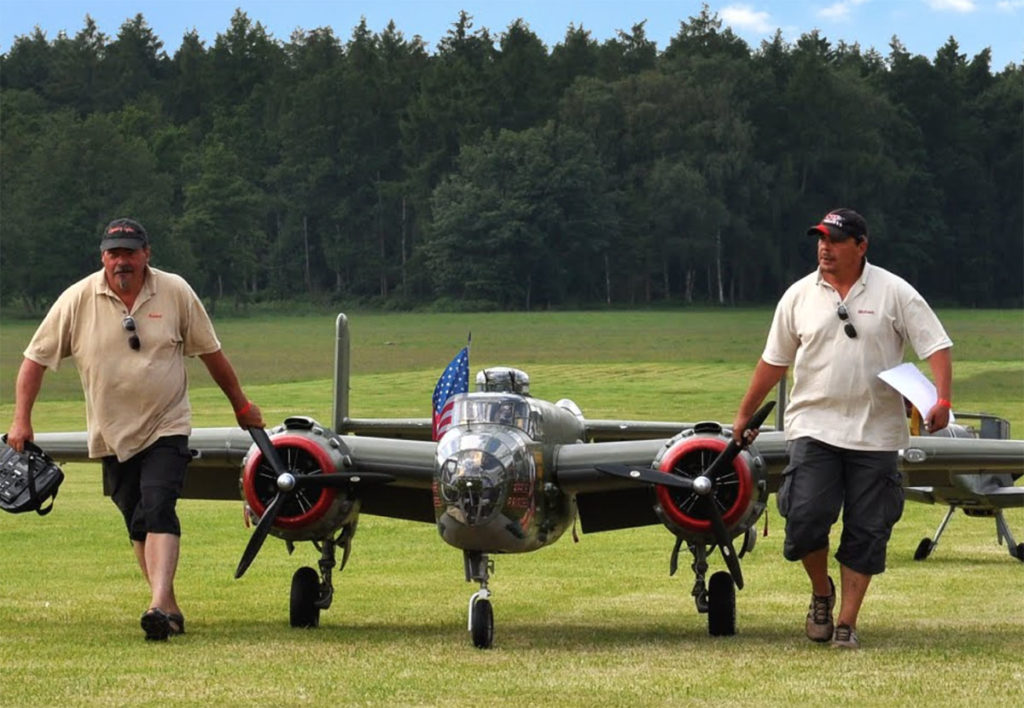 This RC Boeing 747-400 made its debut at the Airliner Meeting in Oppingen, Germany July 2015 and was the talk of the show. It’s easy to see why. Something that large is awfully hard to overlook, especially with the Virgin livery adorning the tail. We hope this is a scale RC aircraft you can buy right now.

There is perhaps no aircraft more famous, especially during World War II, than the B-25. Its high-rate of production, versatility, and use by several Allied countries makes it one of the most recognizable aircraft in the world.

This North American B-25 Mitchell is one scale RC vehicles that look like the real thing. The company named the original twin-engine bomber after Brigadier General William “Billy” Mitchell. However, over time it became much more than just a bomber. The B-25 was a high-level and low-level bomber, submarine patrol and photo reconnaissance aircraft, and even a fighter. North American Aviation produced just under 10,000 B-25s in a six-year span from 1939-1945.

Here are some interesting facts about the B-2 Spirit. While the focus of the B-2’s design is to fool radar, it also works to fool the human eye. The B-2 Spirit is indeed a flying optical illusion. Viewed from one angle, and the aircraft is a thin line—a ‘flying wing’, as the design is called.

Viewed from a slightly different angle, and the whole thing becomes a bulbous flying torpedo. This makes the B-2 difficult to spot in the skies, and potentially difficult to identify. As its missions are most often classified, the ability to disappear or distort visually gives the B-2 Spirit a hefty advantage over its competition.

The A-10 Warthog. The official designation for this aircraft is the A-10 Thunderbolt II, named after its illustrious WWII predecessor the P-47 Thunderbolt.

However, one interesting A-10 fact is that the nickname “Warthog” is so popular and well loved that it appears in official documents. This is a beloved airframe: a robust ground attack aircraft proven time and again in battle. And the stories behind it are just as interesting as its combat record.

Enter the C-130 Hercules. Some amazing facts about this aircraft is the Korean War proved to the United States that a new generation of heavy lifter was desperately needed in order to meet the changing mission requirements of the Cold War world.

The World War II era piston engine driven aircraft were no longer cutting it, and something new was needed. In 1951, the United States Air Force issued the call for a transport aircraft with a large enough carrying capacity for 92 passengers, 72 combat troops, or 64 paratroops, depending on the mission requirement. The cargo bay and its doors were to be wide enough to allow the transport of heavy vehicles, including tanks.