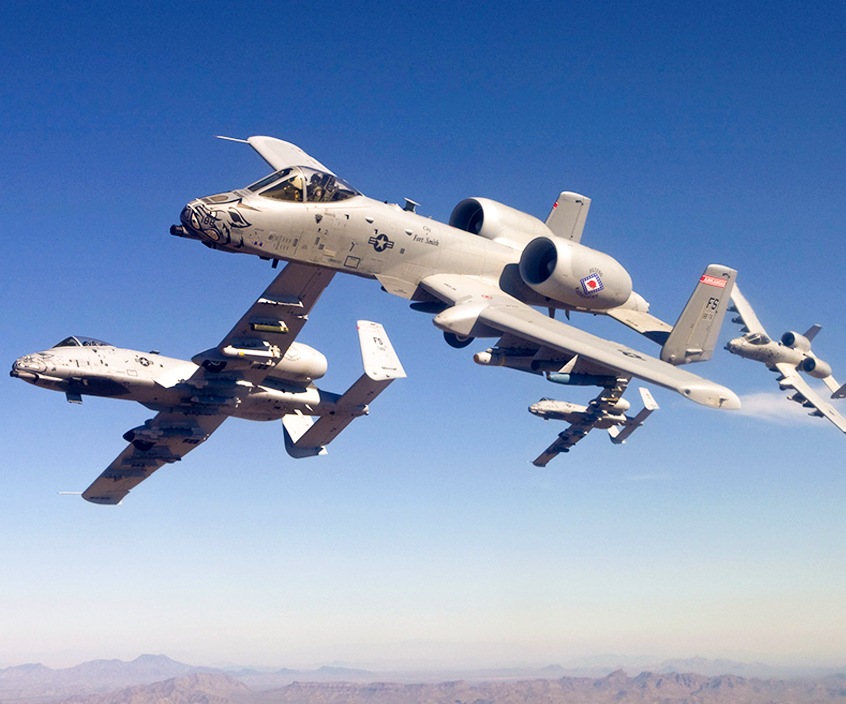 The first on our “10 Unbelievable A-10 Warthog Facts You Need To Know ” list is the 30 mm GAU-8/A Avenger sits in the front of the aircraft, with the barrel protruding from the nose of the A-10. It is the heaviest automatic cannon ever mounted on an aircraft.

The next of our A-10 Warthog Facts is some of these aircraft have a ‘false canopy’ painted on the belly of the aircraft. A little off topic, but you might check out facts about C-5 Galaxy.

Another one of our A-10 Warthog facts you might not know is engineers designed the Gatling gun to fire high explosive incendiary and armor-piercing depleted uranium rounds at a rate of 3,900 rounds per minute. We love this aircraft and would like to get a scale RC vehicle that looks like the real thing.

The Gatling gun accounts for 16 percent of the A-10’s weight. And here we thought C-130 Hercules were heavy.

This is not a an easily forgotten aircraft. The A-10 cockpit and flight control systems are surrounded by 1,200 pounds of protective armor called the “bathtub”. It’s capable of withstanding 50-cal bullets or 23mm armor-piercing rounds.

#5 – People Commonly Call The A-10 Thunderbolt II A “Warthog”

Here is an aircraft industry fact most people don’t know. Because of it’s cumbersome appearance the A-10 was nicknamed “Warthog”.

The United States Air Force only has one aircraft dedicated solely to air-to-ground support, the A-10 Warthog.  Production began in 1976 and the A-10 is still active today.

#3 – The A-10 Warthog Has Interchangeable Parts

The landing gear, engines, vertical stabilizers and some other parts on the A-10 are left and right interchangeable – meaning they can operate on either side. That allows it to be serviced at a forward location and put back in combat much sooner than other aircraft.

The Gatling gun heats up so fast that pilots can’t fire for more than a few seconds at a time. Doing so would overheat the barrel and render it ineffective.

Here is an amazing A-10 Thunderbolt II fact. The A-10’s General Electric TF-34-GE-100 engines are mounted high, above and behind the wings. This positioning gives them protection from ground fire.